Usually, a compromise must be made, whereby the ideal acoustic environment for one use is forfeited to create a reasonable environment for all intended uses. A well-known phrase springs to mind – ‘Jack of all trades, master of none’.

For some multi-purpose spaces, however, variable acoustics can be used to provide the best acoustic environment for each use. This is usually done by making a temporary physical change to the space to alter the important acoustic parameters, such as reverberation time. Typical options for variable acoustics include:

Alternatively, a non-physical option could be used for variable acoustics such as an electroacoustic system which artificially adds reverberation to the output of the loudspeakers.

An excellent example of the use of variable acoustics through physical means is at the Milton Keynes Theatre. This theatre hosts many different types of performances, including:

At Milton Keynes Theatre, the solution to varying the acoustic environment is through changing the volume using a movable ceiling. The ceiling can be moved up to 10 m from its highest to its lowest position, which takes around 2 minutes and significantly changes the reverberation time. To minimise the chance of (unwanted) acoustic coupling between the theatre and the space above the ceiling (i.e. to prevent the space above the ceiling from influencing the theatre’s acoustic environment), the gap around the edge of the ceiling has been kept as narrow as possible. Any residual effect caused by the gap around the ceiling is minimised by high performance sound absorptive material covering the surfaces of the space above. 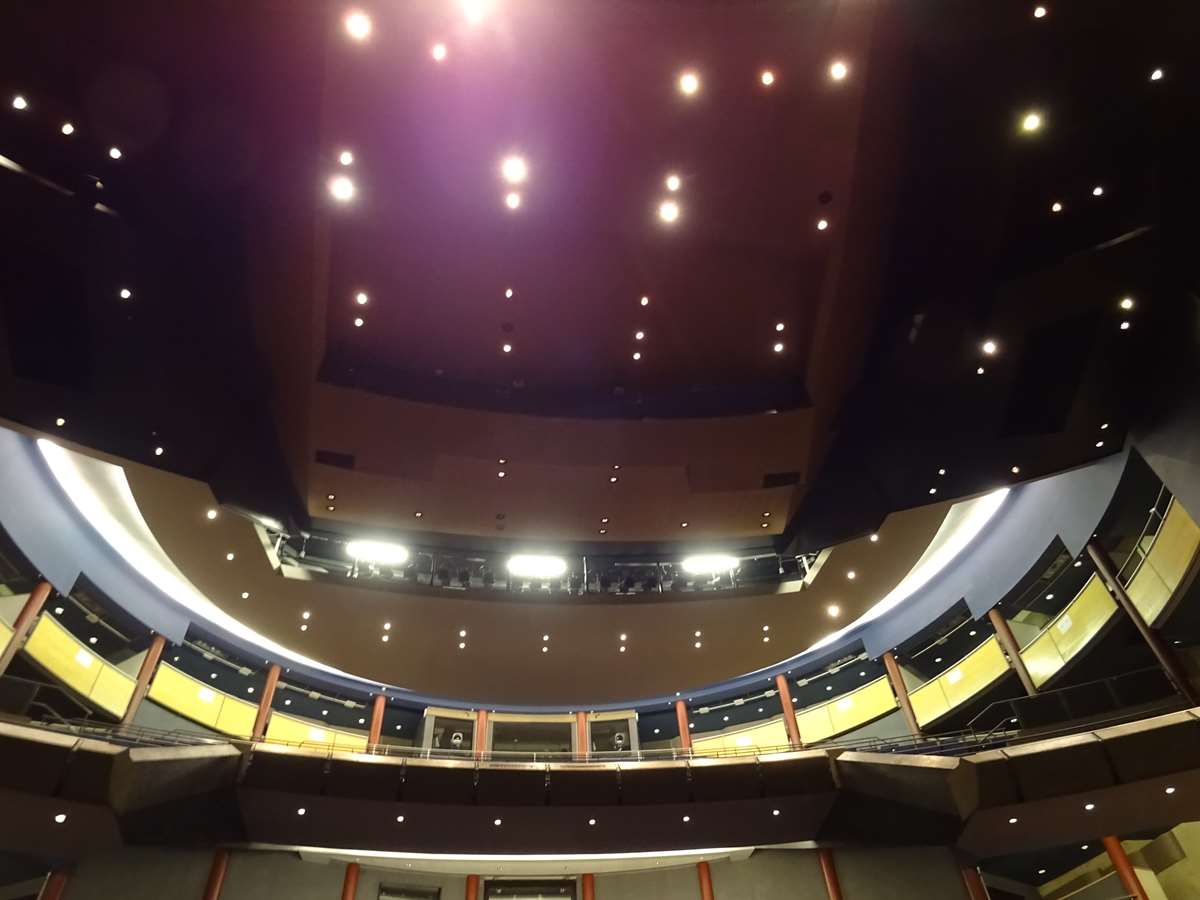 During the design of the theatre, a 1/50 scale model was built to help optimise the geometry of the theatre and control early reflections (50-80 milliseconds) which are important for good speech clarity. Some of the important design features which were enhanced through testing of the scale model includes: 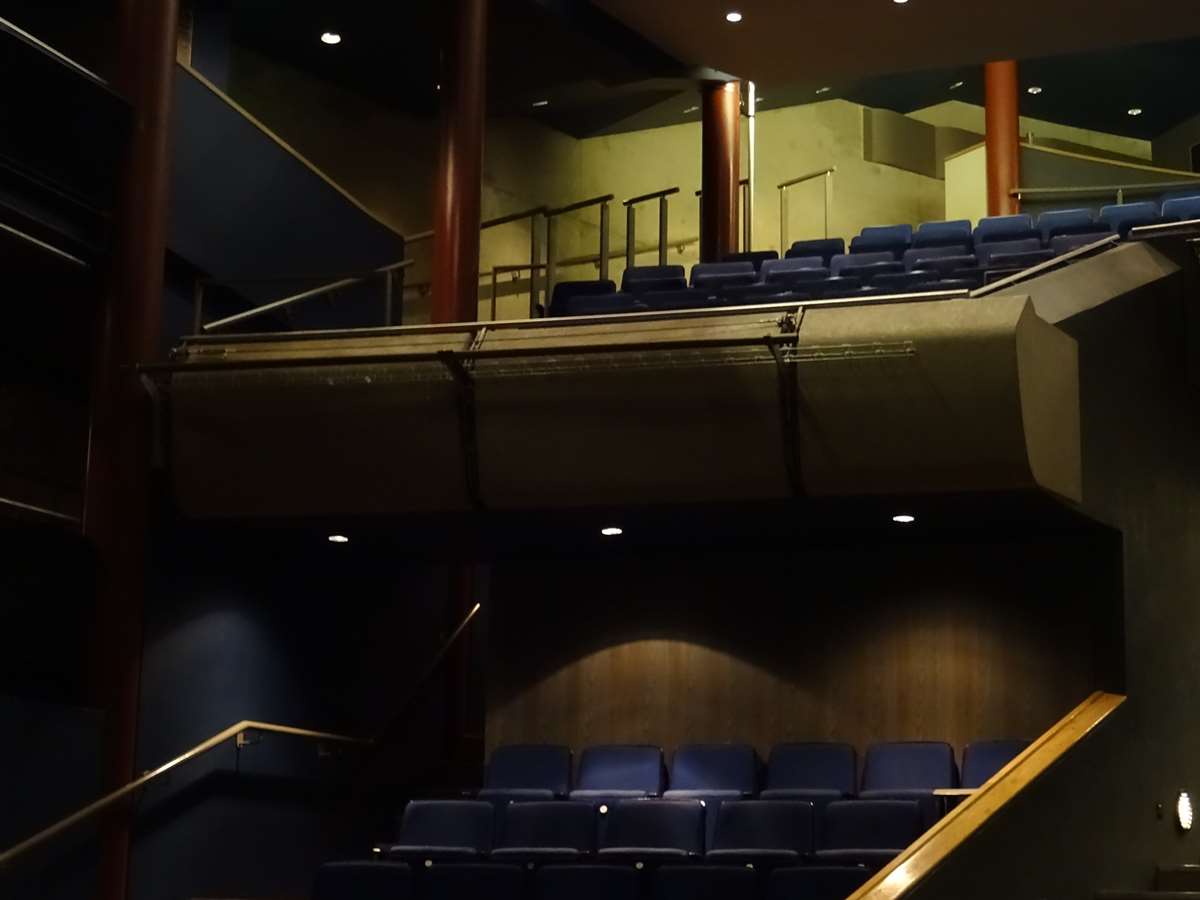 The sound absorptive properties of the proposed seating were tested in a laboratory, with and without an audience, to accurately predict the effect that the seating would have on the acoustic environment with different levels of occupancy. 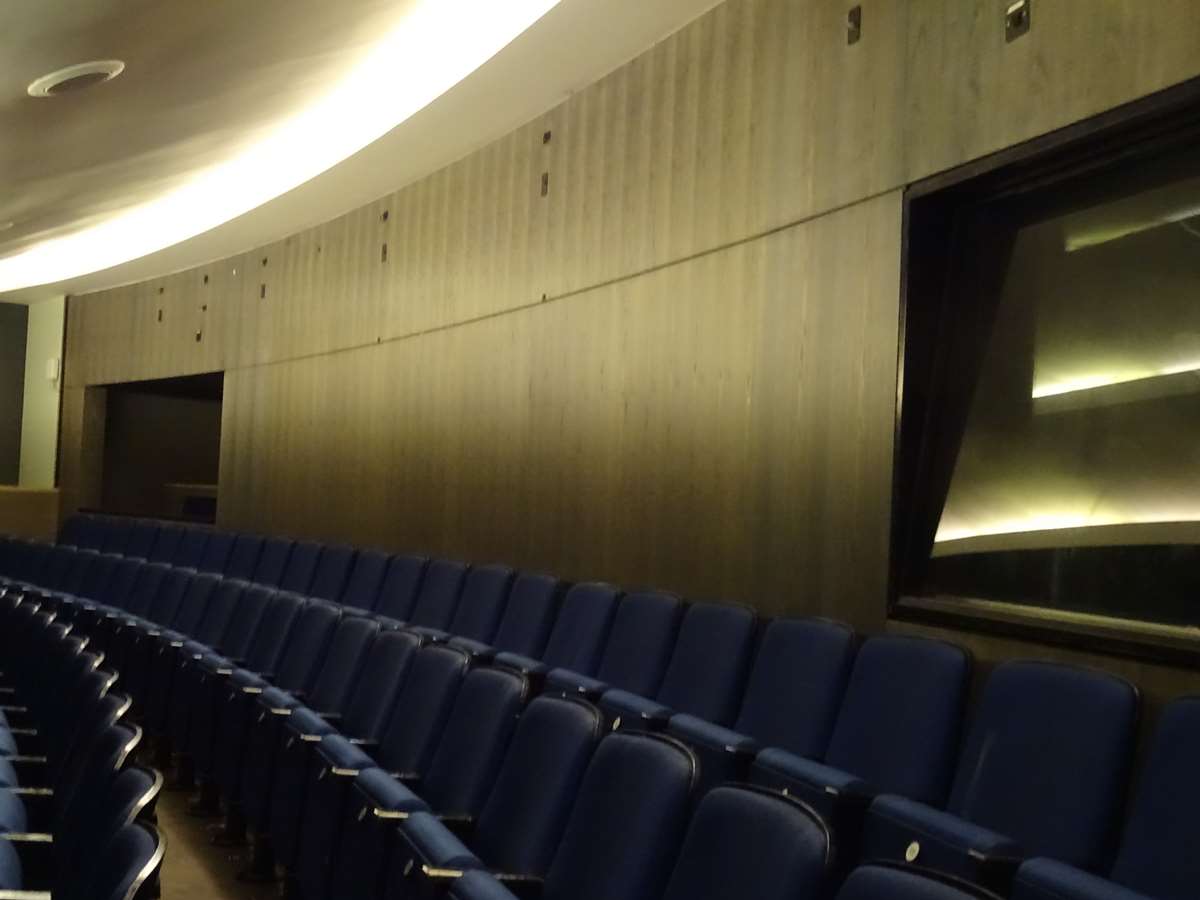 Milton Keynes Theatre’s success with variable acoustics has prompted others to replicate it. A similar design is now in place in the Netherlands.

In summary, multi-purpose venues frequently opt for a compromise, using a fixed acoustic solution to create reasonable conditions for all uses. A more sophisticated solution for these spaces is the use of variable acoustics to provide the optimal acoustic environment for each use. Milton Keynes Theatre is an excellent example of how a multi-purpose space can use physical means to vary the acoustics to good effect. This example illustrates that design conflicts between different uses can be overcome when the acoustic environment is considered from an early stage in the project.